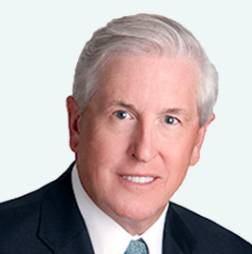 Mr. Ladd serves as Managing Partner of Stellus Capital Management, and as Chairman and Chief Executive Officer of Stellus Capital Investment Corporation. Mr. Ladd has more than 40 years of investing, finance, and restructuring experience. Prior to joining Stellus Capital Management, he led the D. E. Shaw group’s Direct Capital group from February 2004 to January 2012. Prior to joining the D. E. Shaw group, Mr. Ladd served as the president of Duke Energy North America, LLC, and president and CEO of Duke Capital Partners, LLC from September 2000 to February 2004. From February 1993 to September 2000, Mr. Ladd was a partner of Arthur Andersen LLP, where he led the firm’s restructuring practice world-wide. Before joining Arthur Andersen, from June 1980 to February 1993, Mr. Ladd served in various capacities for First City Bancorporation of Texas, Inc., a bank holding company, and its subsidiaries. Mr. Ladd received a B.A. in managerial studies and economics from Rice University, and an M.B.A. from The University of Texas at Austin, where he was a Sord Scholar and recipient of the Dean’s Award for Academic Achievement.

We use cookies to ensure that we give you the best experience on our website. If you continue to use this site we will assume that you are happy with it.Accept